Cars are classed into 4 different classes according to their level of preparation. A driver can only sign up for one class per event.

The purpose of this class is to keep costs to a minimum and be attractive to a drivers with stock or minimally modified vehicles. Drivers of all experience levels are welcome.

No points system will be used for stock class. Participants are only allowed car modifications included in the following list:

The purpose of this class is to allow moderate modifications to a primarily street-driven car. Drivers/owners are granted flexibility in choosing different modifications, while competing in an even playing field. Street class cars typically feature one of three major areas of modifications: aerodynamics, forced induction, or substantially increased mechanical grip.

Modified class cars are expected to have several dedicated performance modifications. Cars in this class will typically have two of the three major areas of modifications: aerodynamics, forced induction, and mechanical grip, and are usually readily identifiable as a track driven car.

As long as you have a FT86 chassis with an FA20 engine (modified or not), anything goes!

NOTE: 86Cup reserves the right in exceptional cases to re-classify any car it deems belongs in a different class, regardless of the total number of modification points.

Disallowed Across All Classes

Each class except Unlimited Class has a minimum weight: at any point during the day, a competitor with driver inside must meet that minimum weight. If and when a competitor is found to be below minimum weight, he will be penalized 1 second for every 25 pounds he is under the minimum weight. If this is the competitor’s first violation, the first 25 pounds will be allowed as leeway (for possible scale-to-scale variation), but he will be penalized for any further discrepancy. Also, if this is the first violation, he may choose to forfeit all laptimes he has accrued until the weighing process, add back weight to his car to meet minimum weight, and re-start new timed laps instead of taking a lap-time penalty. Any repeat violations will automatically incur the lap time plenty as outlined above.

One competitor from each class may be selected at random to be weighed at any time during the day. The probability of being weighed is directly proportional to the number of points he has accrued throughout the season (for example, this is equivalent to adding one’s name in a hat once for every point he scores, then drawing from that hat at random). That means top drivers have the highest likelihood of being weighed, and drivers who have yet to score points will never be weighed.

No extra championship points may be awarded beyond what is outlined above.

Only events that are announced at least 3 weeks ahead of time can be counted towards championship points. If an event is added or moved to a different venue within 3 weeks of its date,  any points awarded during that event will not count towards the championship.

86CUP reserves the right to update rules during a competition year in exceptional cases. For updated rules to apply to any single event, they need to be announced at least 3 weeks ahead.

Prizes at individual events for each class will be awarded regardless of number of competitors in the class. Year-end prize winners need to have participated in at least 5 events. Unclaimed prizes and prizes without a winner will be thrown into a raffle pool to be raffled to participants at the end of the year. One raffle entry will be issued to every 86/FRS/BRZ owner who attends the season finale, even if they do not participate in any 86CUP events.

Points will only be scored for your best 6 out of the 9 rounds.

A competitor may also be spot-weighed if two peers (or at least half of the participants of that day, whichever is less) from the same class believe the competitor to be in violation of minimum weight. That competitor will be liable to be weighed on the spot. In addition, if a competitor suspects another is underrepresenting his points, he may bring his concern to a member of the 86CUP board immediately, so that a board member can audit the car at that point, and compare the setup to that declared on the signup sheet. If a participant fails the audit, he can choose to: 1) correct the violation and forfeit all a previous laps and redo timed laps for any remaining sessions; or 2) take a 1 second penalty for every 0.25 points he is over the limit.

Barring exceptional situations, all in-season rule changes will be announced 90 days ahead of enforcement.

86CUP is a one chassis time attack series, typically run in a HPDE environment. 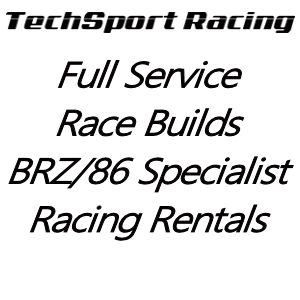 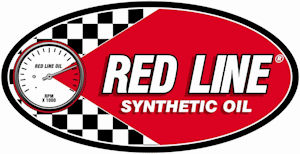